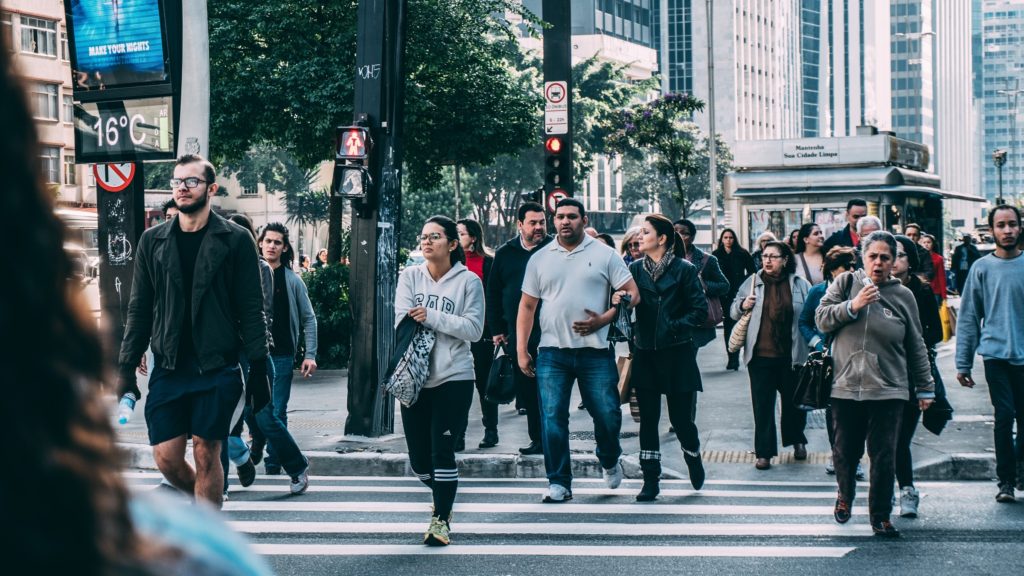 For every 10 centimeters (cms) of additional height, there was a 41% reduced risk of type 2 diabetes in males and 33% in females, according to the recent Diabetologia study.

The researchers had adjusted the results to remove the potential effects of age, education, lifestyle, and waist size on diabetes risk.

They suggest that the inverse relationship between height and type 2 diabetes risk could be due to less fat buildup in the liver and more favorable cardiometabolic risk factors, “specifically blood fats, adiponectin, and C-reactive protein.”

Among those with a body mass index (BMI) in the overweight or obese range, the risk of type 2 diabetes reduced by 36% in males and 30% in females for every additional 10 cm of height.

The study is the work of scientists from the German Center for Diabetes Research and the German Institute of Human Nutrition Potsdam-Rehbruecke, both in Germany.

The researchers drew on records relating to 27,548 participants who enrolled in the European Prospective Investigation into Cancer and Nutrition (EPIC) study at Potsdam in Germany during 1994–1998.

Of these participants, 16,644 were female and aged 35–65 years and 10,904 were males from 40–65 years of age. For their analysis, the researchers randomly selected a representative sample of around 10% of the cohort.

The new findings follow those of previous research that also linked short stature with a higher risk of type 2 diabetes.

Reports that taller people may have greater insulin sensitivity and better functioning beta cells have accompanied these earlier findings.

Those studies also found links between shorter stature and raised risk of cardiovascular conditions. Such relationships could involve risk factors with ties to type 2 diabetes — including elevated blood pressure, inflammation, and blood fats.

Such findings would suggest that height might serve to predict the risk of type 2 diabetes.

The new study, however, sought not only to examine the relationship between height and type 2 diabetes but also to look more closely at two components of height: leg length and sitting height.

The team found that for males, there was a strong connection between longer leg length and lower risk of type 2 diabetes. In females, however, both sitting height and leg length contributed to this effect.

These findings would suggest, note the authors, that growth before puberty has a more significant effect on lower diabetes risk than growth after puberty in males. They explain that they base this on the assumption that leg bones stop growing before trunk bones.

For females, however, it appears that both growth before and after puberty contribute to lower diabetes risk.

Among their analyses, the researchers calculated the extent to which liver fat and other cardiometabolic risk factors might explain the relationship between height and type 2 diabetes.

They found that when they took out the potential effect of liver fat content, the reduction in type 2 diabetes risk per 10 cm of extra height in males was 34% (compared with 41% in total) and 13% in females (compared with 33% in total).

Certain cardiometabolic risk factors also had an effect. In males and females, both blood fats and glycated hemoglobin (a blood sugar measure) appeared to influence the relationship between height and type 2 diabetes.

Bringing these results together, the researchers suggest that much of the favorable effect that greater height has on reduced risk of type 2 diabetes likely comes from taller people having lower liver fat content and more favorable cardiometabolic risk profiles.

They comment that their findings point to a need to include cardiometabolic profile, alongside height, as a useful predictor for diabetes risk.

They advise that doctors should perhaps monitor cardiometabolic risk more often in people of shorter stature, even if their body size and composition might indicate otherwise.

“Our study also suggests that early interventions to reduce height related metabolic risk throughout life likely need to focus on determinants of growth in sensitive periods during pregnancy, early childhood, puberty, and early adulthood, and should take potential sex differences into account.”

At Pacific Eye & Ear Specialists, we employ thorough evaluation and treatment regimes. Call our office today for an appointment with our Los Angeles ENT physicians and Audiologists.