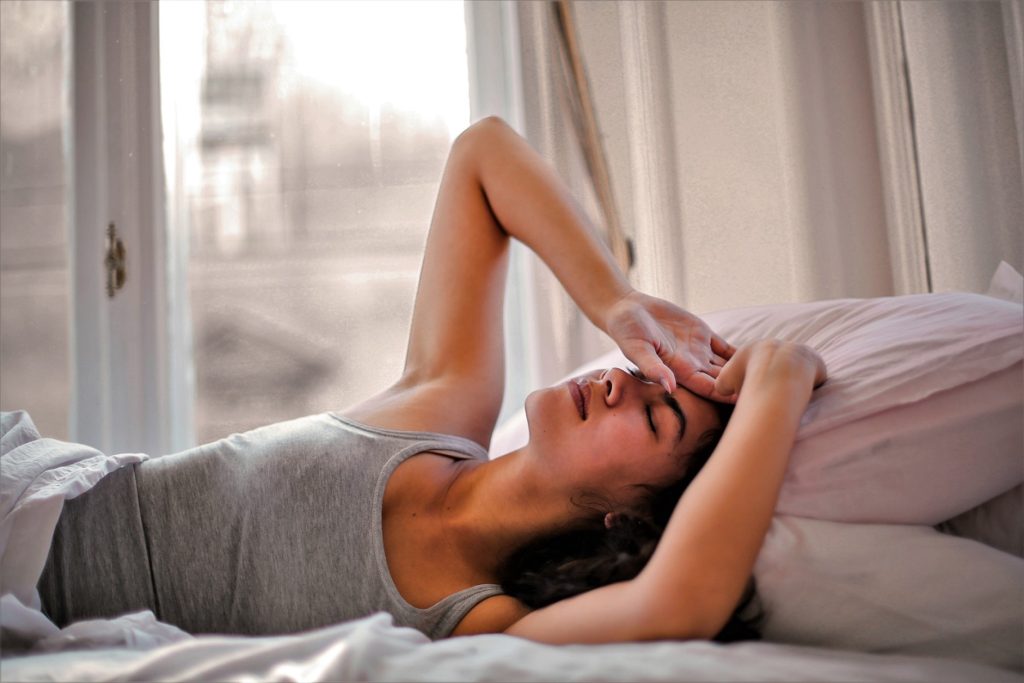 Nausea is a feeling of discomfort that makes a person feel as though they might vomit. Constant nausea is when this feeling lasts for long periods.  Nausea is a symptom of an underlying condition. It can also be a side effect of some medications. People with constant nausea should speak with their doctor to determine the cause. In this article, we will look at some common causes, treatments, and home remedies for constant nausea.

What is constant nausea?

People sometimes describe nausea as feeling queasy, feeling sick, or having an upset stomach. Some people with nausea may also vomit.

Nausea is not a disease, but a symptom of many different medical conditions. Sometimes people with nausea will experience other symptoms, such as:

According to the American Family Physician (AFP), acute nausea lasts for 1 month or less. Chronic nausea lasts for more than 1 month.  When evaluating a person who is constantly nauseous, a doctor will ask them detailed questions to determine the cause. This will include questions about:

According to the American College of Obstetricians and Gynecologists (ACOG), women often feel nauseous after around 9 weeks of pregnancy.  Although many people refer to nausea and vomiting in pregnancy as morning sickness, it can occur at any time of the day. Nausea and vomiting are not harmful to the baby, but it can affect a woman’s quality of life.

An article in the AFP recommends that when doctors treat people of childbearing age for nausea and vomiting, they must consider pregnancy as a possible cause.

During digestion, the stomach contracts and empties food into the small intestine. Gastroparesis occurs when the stomach does not empty properly. One article states that gastroparesis can cause the following symptoms:

Common causes of gastroparesis include diabetes, medications, and surgery. However, sometimes doctors cannot determine the exact cause.

A bowel obstruction happens when the intestines become wholly or partially blocked. This prevents food from traveling through the digestive system. According to one report, blockage of the bowel can cause the following symptoms:

Other conditions can also cause constant nausea. Digestive conditions that can cause frequent nausea include:

However, according to the AFP, nausea is not the main or only symptom of these conditions.  A review in Therapeutic Advances in Gastroenterology notes that some psychological conditions can cause constant nausea, include:

Some neurological factors can also cause constant nausea, such as:

A rare condition called cyclic vomiting syndrome can also cause frequent bouts of nausea, as it involves repeated cycles of nausea, vomiting, and tiredness.

Ear conditions such as Ménière’s disease or labyrinthitis can cause nausea, in addition to dizziness and vertigo.

The review also highlights drugs that can cause nausea as a side effect, including:

Some people may want to stop taking their medications because they experience nausea. However, people should always speak with their doctor before stopping or changing any of the medications they take.

According to the American Cancer Society, cancers affecting the digestive system or areas in the brain that control digestion may cause constant nausea. For example, people with cancer of the esophagus may experience symptoms such as:

However, different types of cancer cause a variety of symptoms. Some cancers may not present any obvious early symptoms. The American Cancer Society state that whether someone with cancer develops frequent nausea will depend on a range of factors, such as:

Cancer treatment can also cause nausea. A person can find out if the treatment they need is likely to cause nausea by looking at whether that treatment has high, moderate, low, or minimal risk.

People who need cancer treatments that cause nausea and vomiting should speak with their doctors about how to reduce the side effects.

Once a doctor determines the cause of constant nausea, they may recommend treatments for the underlying condition.  To control nausea, they may also prescribe antiemetic drugs, which stop people from vomiting.  Some of types of drugs, such as benzodiazepines, cause dependence. Researchers advise doctors not to prescribe benzodiazepines for more than 1–2 weeks at a time. If a person frequently vomits because of chronic nausea, a doctor may also need to treat dehydration or an electrolyte imbalance.

Researchers report that taking 250 milligrams (mg) of powdered ginger root before meals and at bedtime may help reduce nausea during pregnancy.

Ginger may also help people with chemotherapy-induced nausea and vomiting. However, researchers have had mixed results. Some studies show no difference between taking ginger and taking a placebo. Others found that ginger reduced the severity and frequency of vomiting.

One study published in the Journal of Holistic Nursing compared the effects of peppermint essential oil on postoperative nausea. The participants included 35 women who felt nauseous after they had given birth via cesarean delivery.

Although the study was small, the research showed that inhaling peppermint may help control postoperative nausea. Researchers need to confirm this result with more studies.

In early pregnancy, vitamin B-6 may help control nausea. A small study showed that taking 25 mg every 8 hours was more effective than a placebo.

When to see a doctor

According to the American Cancer Society, nausea can make it difficult for people to get the nutrition and hydration their body needs. Some people may feel unable to eat or to drink when they feel nauseous. This can cause dehydration, malnutrition, and other serious conditions.

People who have constant nausea should speak with a doctor if:

People should also see a doctor if they have:

Antinausea medications and home remedies may help control nausea. However, a person with constant nausea should seek medical help, as it is a sign of an underlying condition. Antiemetic drugs will only treat the symptom of constant nausea and not the root cause.

At Pacific Eye & Ear Specialists, we employ thorough evaluation and treatment regimes. In addition to our  Los Angeles ENT physicians and Audiologists we also have a top aesthetic medical spa, Rejuva located on the same floor.