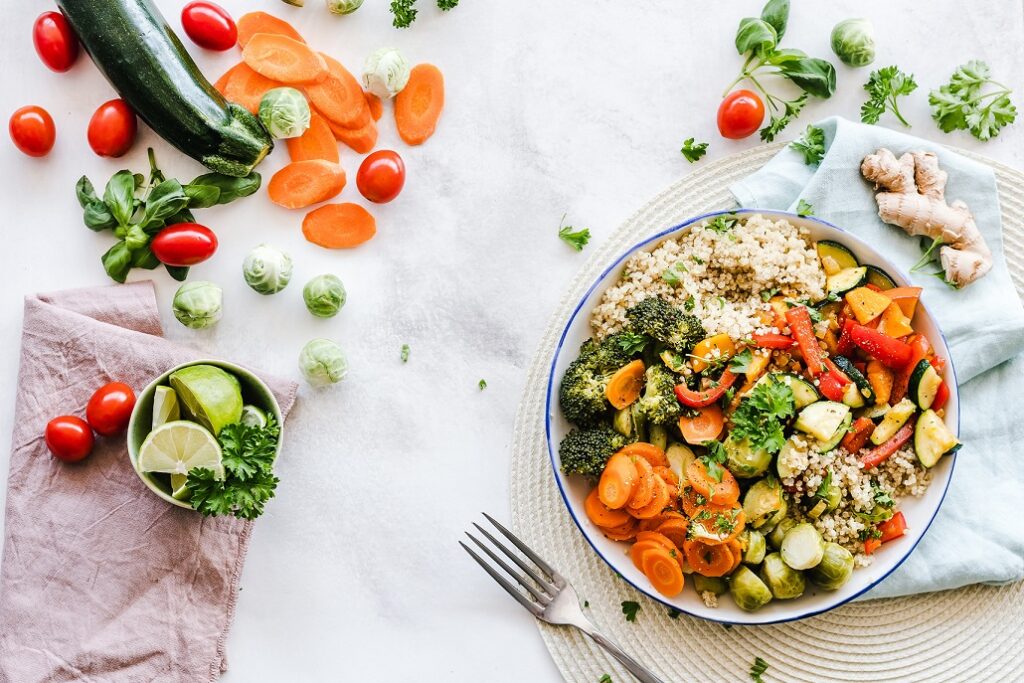 A new study finds that the health benefits of a Mediterranean diet may include a reduced chance of developing dementia and memory loss.  Specifically, the diet appears to lower the level of amyloid and tau proteins that are linked with dementia. People following the Mediterranean diet scored better on memory tests than those who were not following the diet.
Previous research has determined that a Mediterranean diet can benefit heart health and aid in weight loss. Now, a new study finds that it may also help reduce the risk of dementia and cognitive decline.

The study has shown that a Mediterranean diet can help prevent the buildup of two proteins and brain-volume shrinkage that are associated with Alzheimer’s disease.

“These results add to the body of evidence that shows what you eat may influence your memory skills later on,” says study author Tommaso Ballarini, Ph.D., of the German Center for Neurodegenerative Diseases in Bonn, Germany.

He adds, “Our study suggests that eating a diet that’s high in unsaturated fats, fish, fruits, and vegetables and low in dairy and red meat may actually protect your brain from the protein buildup that can lead to memory loss and dementia.”

The scientists published the study online in the May 5, 2021, issue of Neurology, a journal of the American Academy of Neurology.

Studies have linked good health with the foods that people living in Greece, Spain, and Italy ate before the 1960s. The Mediterranean diet is based on their food preferences.  The diet consists primarily of vegetables and fruits, nuts and seeds, legumes, potatoes, whole grain foods, seafood, extra virgin olive oil, and wine in moderation. A person following the diet can also occasionally eat poultry, eggs, and dairy products, such as yogurt and cheese.

Dietitian at Cleveland Clinic Kristin Kirkpatrick told Medical News Today that the contents of a Mediterranean diet contribute beneficial “omega-3 fatty acids, polyphenols, specific minerals, fiber, and protein” that “may support the brain’s health and protection throughout the years.”

However, Kirkpatrick cautions that, “A diet, even one with strong clinical data on its benefit, is only as healthy as the individuals who choose its structure.”  She notes the importance of sensible portion sizes and warns against the “consumption of processed foods that are marketed as heart-healthy or contain the components seen in a traditional Mediterranean approach.”

For the current study, the researchers recruited 512 individuals from the German Center for Neurodegenerative Diseases’ Longitudinal Cognitive Impairment and Dementia StudyTrusted Source. Assessments of the participants revealed that 343 were at a higher risk of developing Alzheimer’s disease while the remaining 169 people were “cognitively normal.”

The participants completed questionnaires regarding the food they ate the previous month. The researchers asked them to record their intake of 148 specific food items. Individuals received scores for their diet quality, with the people who had eaten a diet most closely resembling a Mediterranean diet receiving the highest scores on a scale of 1 to 9.

Finally, the researchers analyzed spinal fluid from a subsample of 226 participants who gave their consent, assessing the presence and amounts of the two biomarker proteins: amyloid and tau.

After adjusting for sex, age, and education, the scientists identified several clear links between better cognitive health and a Mediterranean diet.

According to Dr. Ballarini: “More research is needed to show the mechanism by which a Mediterranean diet protects the brain from protein buildup and loss of brain function, but findings suggest that people may reduce their risk for developing Alzheimer’s by incorporating more elements of the Mediterranean diet into their daily diets.”

At Pacific Eye & Ear Specialists, we employ thorough evaluation and treatment regimes. To set up a consultation with our top Los Angeles ENT doctors, feel free to call us at (310) 477-5558.