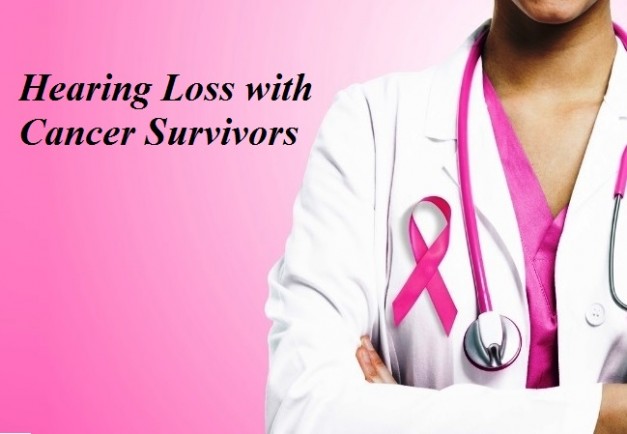 It has long been known that certain chemotherapy drugs are associated with hearing loss. But now for the first time, a new study at Indiana University has found a correlation between higher doses of a commonly used drug and increased hearing loss.

The drug in question is cisplatin, widely used for cancer treatment for more than 40 years. Researchers examined the cumulative effects of cisplatin-based chemotherapy on the hearing of testicular cancer survivors through in-depth testing of their ability to hear sounds at different frequencies. The results of the study, conducted at the IU Simon Cancer Center and seven other cancer centers in the United States and Canada, showed that most of the 488 subjects studied not only had varying degrees of increased hearing loss corresponding with increased doses, but 40 percent also had tinnitus, or ringing in the ears.

The study, published June 27th in the Journal of Clinical Oncology, was the first of its kind in that it focused on the hearing deficits of cancer survivors, and how those hearing deficits diverge from age-related hearing loss. Robert Frisina, Ph.D., co-author of the study and a professor in the Department of Chemical and Biomedical Engineering said, “We are the first to show definitively that in a significant number of the cancer survivors, they have hearing loss above and beyond age-related hearing loss. They were of different ages, 20s to 60s, so this was a new analysis.”

During comprehensive hearing assessments given as part of the study, subjects were tested at frequencies of 4, 6, 8, 10 and 12 kHz. It was discovered that for every 100 mg/m2 increase in cumulative dose of cisplatin, there was a 3.2 decibel (dB) impairment in age-adjusted overall hearing thresholds. In addition, 18 percent of the subjects studied had hearing loss that was classified as severe to profound.

Monitoring and protecting hearing during chemotherapy

Although it has been in use for more than four decades and is currently one of the most commonly used ototoxic medications used to treat cancer, information about cisplatin-related hearing loss in cancer survivors is limited at this point, as it is just beginning to be studied. Complicating matters is the fact that cisplatin, despite its association with hearing loss, has been extremely successful in treating testicular cancer in particular. Thus the researchers hope to use the results of the study to develop a way to protect hearing during the administration of cisplatin, rather than seek alternative treatments. Researchers also emphasize that although this particular study was focused on testicular cancer patients, the results could apply to anyone with an adult-onset cancer who is treated with cisplatin-based chemotherapy.

Researchers also think that long term follow-up of those treated with cisplatin is necessary to see what effect aging has on hearing loss, meaning thorough hearing assessments are important before, during and after treatment. “Our findings suggest that healthcare providers should, at a minimum, annually query patients who have received cisplatin-based chemotherapy about their hearing status, consulting with audiologists as indicated. Patients should also be urged to avoid noise exposure, drugs having adverse effects on hearing, and other factors that may further damage hearing,” said Lois B. Travis, M.D., Sc. D., lead researcher on the study.

Cisplatin isn’t the only chemotherapy drug that can have a detrimental effect on hearing. Mechlorethaine as well as other platinum-based drugs like Carboplatin can also cause hearing loss. They are classified as ototoxic, which means they can cause damage to the inner ear. Other medications used in cancer treatment are also associated with hearing loss, including aminoglycoside antibiotics, certain anti-nausea medications and diuretics.

The platinum-based drugs in particular are suspected to cause damage to hearing through the production of free radicals. Small amounts of free radicals occur naturally in the body, but when too many are produced as a result of exposure to environmental elements, they cause damage to cells. And the hair cells within the cochlea, which are key structures for healthy hearing, are prime targets for damage.

If you have been diagnosed with cancer and will be undergoing chemotherapy, your first priority should be getting and staying healthy. But, be mindful of changes in your hearing. Some signs to watch out for include sounds being muffled, dizziness or tinnitus. Because of the tendency of many of the more commonly used chemotherapy drugs to cause at least some hearing loss, it is important to see a hearing care professional before treatment to establish a baseline for your hearing.

Please do not hesitate to call if you have any questions or would like to schedule a consultation with our audiologists. (310) 477-5558