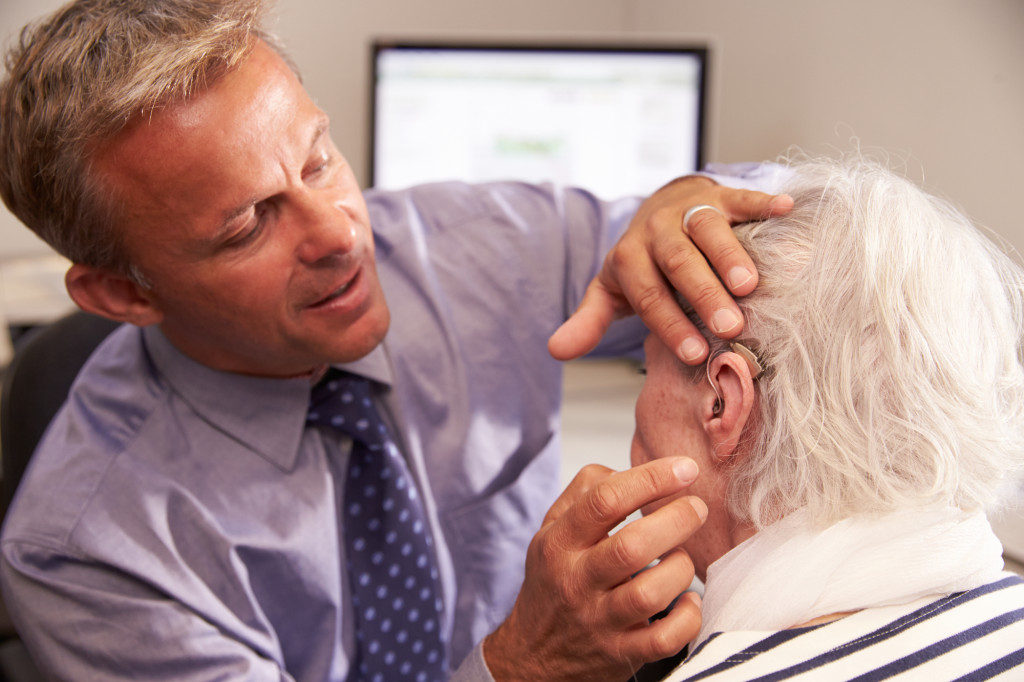 Whether it’s a fair stereotype or not, aging is typically associated with negative changes; among these are hearing loss and some loss of cognitive function, often referred to as senility. But what if it didn’t have to be that way? Researchers at Johns Hopkins are hoping to be able to answer that question in the near future.

While past studies have shown that hearing loss is strongly associated with cognitive decline, up until now relatively few studies have been done on whether the use of hearing aids can actually reduce the risk of cognitive problems. Now for the first time researchers are looking into the benefits of hearing aids on cognition, and so far the results have been positive.

Scientists who study hearing loss and cognitive decline are coming to fascinating conclusions that could lead to cutting edge hearing treatment and dementia prevention.

Conducted at ¯the Bloomberg School of Health at Johns Hopkins University, the new study used data from a previous study to assess 253 people with an average age of 77. The participants were tested on areas such as: memory, learning, language and attention. The study, published in the American Journal of Epidemiology, reported that most of the subjects had hearing loss to some degree, whether mild, moderate or severe. Tested periodically since 1990, all of the subjects showed an overall decline in scores through the years; however the study showed that those who didn’t use hearing aids had the greatest decline in cognitive abilities. On the other hand, those who wore hearing aids had scores after 20 years that were only slightly below those of people with normal hearing.

“This study is important because it focuses on a risk factor that is amenable to intervention in later life and could potentially postpone cognitive decline,” said Jennifer Deal, the study’s lead author.

The study at Johns Hopkins wasn’t the first to indicate to researchers that the use of hearing aids might reduce or slow cognitive decline. Richard Gurgel, assistant professor of otolaryngology-head and neck surgery at University of Utah Health Center, studied 4400 people age 65 and older and found that those with untreated hearing loss developed dementia at a higher rate than those without hearing loss.

“Dementia has so many causes. I think hearing loss could be a very important component, but there are certainly a lot of factors that play into dementia,” Gurgel said.

Although the exact reason for the cognitive decline as related to hearing loss hasn’t been determined, scientists are looking at several possibilities. One possibility is that if the brain is constantly trying to make sense of indistinct sounds, processes such as memory and thinking suffer. The self-imposed social isolation that often accompanies hearing loss could be another reason; studies have shown than social contact is an essential part of staying mentally healthy as we age. Yet another reason for cognitive decline in those with hearing loss may be atrophy in the part of the brain that processes sound; in other words if it is not used as much it begins to weaken.

Whatever the reason for cognitive decline, one thing is certain: healthy hearing is essential to maintaining good cognitive function. According to Barbara Weinstein, of the Doctor of Audiology Program at the City of New York Graduate Center, a recent French study on the benefits of cochlear implants in the elderly confirms much of the new research. As speech comprehension improves, so do cognitive skills. “The better the speech understanding, the better the patients do cognitively,” she said.

The recent focus on cognition is especially important right now, as hearing loss is one of the most common conditions affecting older adults. According to the National Institute on Deafness and Other Communication Disorders (NIDCD), one out of three people between the ages of 65 and 74 have some degree of hearing loss. For those older than 75, that number reaches almost 50 percent. Those are big numbers, yet according to the American Speech-Language-Hearing Association (ASHA), less than 25 percent of those who need hearing aids actually get them.
At Johns Hopkins, the work continues with the launch of new a five year study. The study will measure cognitive decline in 800 older adults, some of whom will receive cutting edge hearing treatment. Others will receive only wellness advice. Dr. Frank Lin, assistant professor at Johns Hopkins who studies the effects of hearing loss on older adults and author of several past studies on hearing and cognition, will lead the new study.

Though all of the results aren’t in yet, the researchers have a common goal: to find out whether getting treatment for hearing loss is the key to maintaining optimal cognitive function, and having a healthy, happy and engaged lifestyle as we age.

“If we treat hearing loss, how much difference will it make? I can tell you in a few years when we complete this trial,” said Dr. Lin. “If we look at risk factors for cognitive decline that are modifiable, and hearing loss is one of them, that could be tremendously exciting. [Hearing loss] is really common and theoretically the treatments we have are no risk. That makes it very exciting as a public health target.”