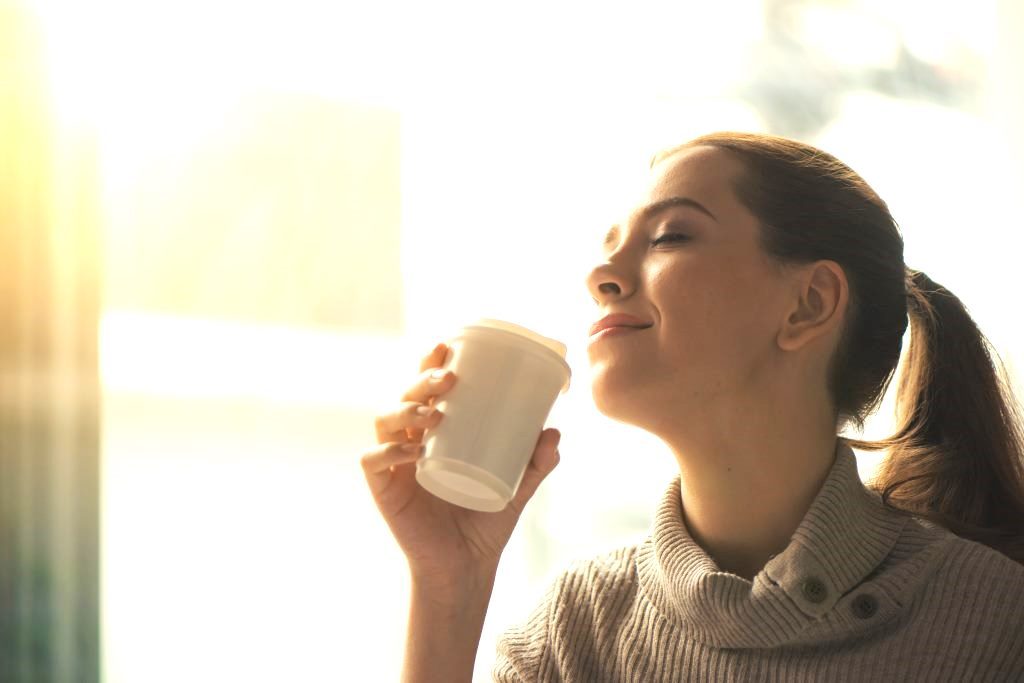 Exercise & Coffee Can Have The Same Effect On The Brain

In a new study, which appears in Nature Scientific Reports, researchers compared the effects of caffeine and exercise on working memory and concluded that acute exercise can be as good for the mind as it is for the body.

How many of us use caffeine to fire up those little gray cells in the morning, or when we want to nail that deadline?  According to the World Health Organization (WHO), caffeine is one of the “most widely used psychoactive substances” in the world.  And it is true that getting a regular caffeine fix can have a positive effect on health. Studies have linked caffeine with everything from long-term memory to fighting off disease.

The Side Effects Of Caffeine

As good as a cup of coffee sounds, there is no escaping the fact that caffeine is a psychoactive substance and that some side effects come with it.  The side effects of caffeine consumption have been the inspiration for a new study that Harry Prapavessis — the director of the Exercise and Health Psychology Laboratory at Western University in Ontario, Canada — recently led.

To the best of the authors’ knowledge, they write, no previous studies “have examined acute exercise in comparison to caffeine administration on either cognition or caffeine withdrawal symptoms.”
Despite the positives we know about caffeine, the negatives can often outweigh the benefits.  Anxiety-like symptoms, body tremors, and, of course, withdrawal, all have an association with the regular consumption of caffeine.

The Food and Drug Administration (FDA) advise that 4–5 cups of coffee per day is a safe intake.  However, some people are more sensitive to caffeine than others, and the following symptoms may indicate too much caffeine:

Why Giving Up Coffee Can Be Difficult

Recent research has suggested that just a single bout of exercise improves mood and cognition. Countless other studies suggest that physical exercise can bring health benefits, such as fighting disease and extending life.  Yet, we often reach for a coffee instead of heading out of the door and getting moving.  The aim of this new study was to compare exercise and caffeine in terms of how effective they are in improving working memory.

What Is Working Memory

Working memory is key to our ability to function as a curious human being. It helps the learning process and makes it possible to store information, such as phone numbers or a shopping list, in the short term. To test this functional part of our cognition, the team used an n-back test, which resembles the card game pairs or snap. In such games, the aim is to spot the repetition of items that appear in succession.

In the study at Western, the researchers presented the participants with a list of items. As with the popular card game, they had to spot any repeats of an item.  Prapavessis and his team tested whether the participants could spot repeated items up to three items back in the list.

The more items to which the participants had to return, the clearer it was how much information their working memory could store and keep ready for recall.

To compare the effects of caffeine and exercise on working memory, the team randomly assigned each participant to one of two groups. In the first part of the study, both caffeine consumers and noncaffeine consumers underwent the n-back tasks prior to and after acute exercise and caffeine administration.  The second part of the study focused on caffeine withdrawal. Here, the caffeine drinkers took the same n-back tests after 12 hours of caffeine deprivation.

Why Exercise Is Better Than Coffee

The results of the study showed that both exercise and caffeine had a similar effect.

The improvements in the participants’ working memory were similar after spending 20 minutes on a treadmill and consuming a single serving of caffeine.

This might seem like good news for people who enjoy a regular triple espresso.  However, the main takeaway of this study is that exercise, with all its long-term benefits, can help improve mood and focus just as much as caffeine can. These findings are all the more significant, considering the side effects of caffeine and caffeine withdrawal symptoms. The study also bears some good news for coffee drinkers, finding that exercise can help with caffeine withdrawal symptoms, too, should a person decide to cut down.

“If people experience withdrawal, an acute, brisk walk may reduce some of the symptoms,” says study co-author Anisa Morava.

How To Cut Back On Caffeine Without Causing Unpleasant Side Effects

If you’re used to drinking caffeine-containing beverages every day, and want to cut back, it’s best to do so gradually. Stopping abruptly can cause withdrawal symptoms such as headaches, anxiety, and nervousness. Unlike opioid or alcohol withdrawal, caffeine withdrawal is not considered dangerous, but it can be unpleasant. You may want to talk to your health care provider about how to cut back.