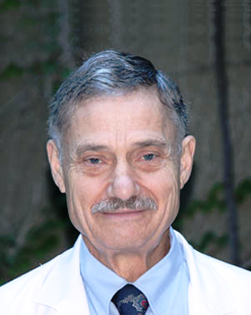 Dr. Jeremy E. Levenson received his Bachelor of Arts degree in Zoology (with Highest Honors) from UCLA. In 1966, Dr. Levenson graduated from the University of California Medical Center in San Francisco. This was followed by postgraduate medical training at the Veterans Administration Hospital (UCLA affiliated hospital), United States Public Health Service in Boston (Commissioned Officer, Surgical Staff), and the Jules Stein Eye Institute. In 1971, Dr. Levenson was awarded a Fellowship in Corneal Surgery at the University of Florida in Gainesville. He then returned to Jules Stein Eye Institute in 1972 as Chief Resident.

Since 1973, Dr. Levenson has been engaged in the private practice of Ophthalmology, specializing in corneal surgery.

Board Certification: American Board of Ophthalmology, 1974